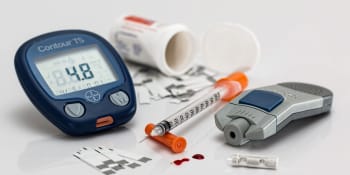 Those who operate a motor vehicle while under the influence of drugs or alcohol, undoubtedly, pose a substantial danger to themselves and other motorists.  Under the “Implied Consent” laws applicable to such inebriated drivers, the 50 states impose either civil or criminal liability (or both) upon drivers suspected of driving while under the influence of drugs or alcohol who either refuse to submit to breath testing or blood draws to determine if they are over the legal limit of intoxication to operate a motor vehicle.

Recently, the United States Supreme Court examined that which is permissible within 4thAmendment garb in respects to individuals suspected of driving while under the influence of drugs or alcohol who either refuse to submit to breath or blood testing, or who only consent to blood testing after being faced with the caveat that their refusal will result in civil or criminal liability.

In Birchfield v. North Dakota, Bernard v. Minnesota, and Beylund v. North Dakota the United States Supreme Court examined three distinct scenarios of drivers suspected of driving while under the influence and that which is permissible within the 4th Amendment in those scenarios.  The three companion cases presented three distinct inquiries, whether the 4th Amendment permitted drivers suspected of driving while under the influence of drugs or alcohol to refuse to breath testing, blood testing, or whether one who consents to blood testing only after being informed by police that the law required his submission and later having his license suspended and being fined via and administrative proceeding.

The Bernard court held that drivers cannot refuse to a breath test, reasoning that breath tests are less intrusive than blood testing, reliable, and amply serve law enforcement interests and are thus justifiable under the “search incident to arrest” exception to the warrant requirement.  On the other hand, the holding in Birchfield was that due to blood testing being very intrusive (as it entails piercing the skin and extracting a part of the subjects body), it cannot be justified as a “search incident to arrest” or upon the basis of implied consent (as insisting on intrusive blood testing and imposing criminal penalties after refusing cannot be viewed as consensual), with the rationale being that motorists cannot be deemed to have consented  to submit to a blood test on the pain of committing a criminal offense.  These findings were in part arrived at the fact that the less intrusive species of breath tests.

The question in Beylund required more critical analysis.  Because Beylund consented to a blood test only after he was informed by police that the law required his submission and he was subjected to a fine and license suspension via an administrative proceedingvoluntariness of Beylund’s consent needed to be examined more critically under the “totality of all the circumstances,” therefore, remand for further proceedings was the elixir fashioned.

It is apparent that liberal reform is in the midst of finding life in respects to blood testing related to those suspected of driving while intoxicated.  If you’ve been charged with a D.U.I. you require the type of criminal defense lawyer who is studied in all the innovative strategies and defenses premised on the latest court decisions.  At the Law Office of Roy Galloway, we leave no stone unturned in our quest to secure the best possible outcome for all of our clients.  Call us today at (717) 737-3300.  Your call today means less anxiety and more liberty tomorrow.