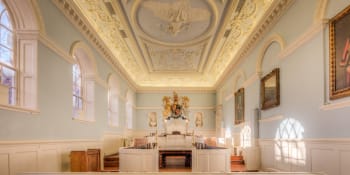 The crime that is done alone is the crime which the perpetrator has the best chance of getting away with.  But for those who commit crimes with others, the sticky web of “accomplice liability” motivates co-defendant’s to cooperate with the prosecution in their quest for leniency.  There is a powerful tool which defense attorney’s have available in their arsenal in defending their clients when a co-defendant goes rogue against another and testifies against his once “colleague” with leniency in their eyes.

Because of the law of accomplice liability, conspirators who have been arrested and face retribution find motivation to cooperate against other members of the conspiracy, in their aims to receive a dramatically reduced sentence.  In such a situation, there is an “accomplice charge” available to defense counsel which advises the jury that a witness either was an accomplice in a crime or could have been charged as an accomplice and is testifying in exchange for leniency; therefore, that said jury should consider the testimony of the witness with caution.  (See Commonwealth v. Spence, 627 A.2d 1176, 1183 (Pa. Super 1993).  The testifying co-conspirator’s hope, in such a situation, could be to earn leniency by minimizing or eliminating his own role in the crime and exaggerating the role of his co-defendant(s).  Accordingly, in order to protect the interests of the co-defendant(s) who is/are inculpated by the accomplice testimony, a cautionary jury instructed is given.

Conspiracy cases are very formidable  adversaries to defense counsels.  In light of such, you need a criminal defense lawyer who leaves no stone unturned beside at every turn of the criminal prosecution.  Your only clear decision after the cuffs have been taken off is to make a phone call to The Law Office of Roy Galloway, LLC.  No conspiracy case is too large or small for our legal microscope of searching defenses.  Contact us today at (717) 737-3300 for your free no-risk consultation today.  Your conspiracy case which is a reality today, can be a nullity tomorrow.  Contact us toda